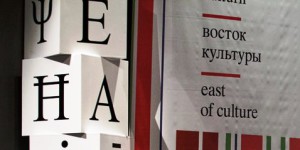 ‘Nataša’ is a new civil society initiative of a number of cultural NGOs working in the Eastern Partnership countries and the European Union. The initiative is based on a set of already existing connections among this group of independent cultural organizations. For the past years these NGOs have been collaborating in the framework of numerous local arts projects, programmes for cross-border cooperation and capacity building as well as cultural policy reform initiatives in the Eastern Partnership context. During the recent Culture for the Eastern Partnership Congress in Lublin (www.epccongress.eu) a working group of key players from this field decided to further consolidate their informally established ties by forming a more structured but nevertheless open collaboration platform.

‘Nataša’ is not operating as a formal membership-based network or club of professionals. It rather stands for an open platform of like-minded cultural initiatives and individual cultural actors who intend to further connect their deep involvement in other Eastern Partnership culture projects, programmes and networks. Right from the beginning the new platform already reaches out to most of the regional projects co-funded by the EU Eastern Partnership Culture Programme (www.euroeastculture.eu), the Eastern Partnership Civil Society Forum (Subgroup Culture) (www.eap-csf.eu), the alumni network of the Robert Bosch Cultural Managers Programme (www.cultural-managers.net), the Ukraine Culture Network (www.kultura.org.ua), the participants network of the Tandem Cultural Managers Exchange (www.tandemexchange.eu) of MitOst and the European Cultural Foundation, etc. The new civil society platform is open to everybody interested in cultural collaboration across the Eastern Partnership. The platform’s informal, non-representative and non-bureaucratic character is underlined by branding it with the name ‘Nataša’.

‘Nataša’ is a platform of civil society organizations and cultural actors which support, promote and inform sustainable cultural development throughout the Eastern Partnership countries (and in collaboration with their European counterparts across all Schengen borders). The platform aims to:

‘Nataša’ does not have a secretariat or employees. All coordination work and initiative-taking is based on the unpaid working time, voluntary efforts and dedication of organizations and individuals who share commitment to the platform goals.

For the period 2013/14 four cultural organizations and individuals involved in the establishment of the ‘Nataša’ Platform have agreed to realize a set of actions in the following four working areas: