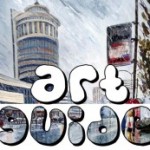 During 2010-2012 participants of cultural management workshops had an opportunity to create Alternative Art Guides of their cities. Their work on projects lasted for more than one year. Then seven projects of Art Guides to Kyiv, Lviv, Ivano-Frankivsk, Kherson, Kharkiv, Odesa and Donetsk will be presented in May 2012.

Each project of the Art Guides is unique, because each city has developed its own concept. Alternative guides describe the urban space in different ways: in published media through the already formed or new images of the city’s present and past, by a visual or audio representation or by virtual pages that leave possibilities for new authors.

The work on the Guides has involved such famous in the cities people as writers, poets, photographers and other creative people who know the city from such aspects that are not always shown to visitors. Many residents of the cities also have participated in the projects. They have shared their ideas, photographs and stories about places, communities and interesting people.
Therefore, these projects will reveal such aspects of the above seven cities that yet have been known only to the narrow circles in the cities.

You can learn “recipes” of the Alternative Art Guides and see the results of the seven creative projects on May 22, 2012, in Kyiv during the presentation of Ukrainian Cultural Network.