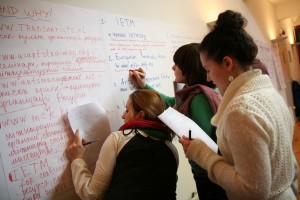 The project was initiated and realised with the intent to establish a community transformation and capacity development network for culture in Ukraine, which engages civil society multipliers in a self-sufficient improvement of local cultural infrastructure, participation in cultural policymaking and professionalization of cultural managers in the pilot cities.

The project was the framework of many activities, and here is the list of some:

This site uses Akismet to reduce spam. Learn how your comment data is processed.