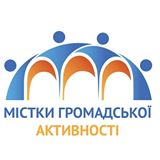 The overall objective of the project was to support democratic change in Ukraine through the introduction of active citizenship initiatives with a particular focus on smaller cities and towns that have appeared to be the most vulnerable in the Ukrainian circumstances.

A grassroots movement, acting as a vehicle for exchange of people, collaborations, networks, citizen engagement and transfer of knowledge was established and empowered through the action.

Democratic values were promoted through a number of cultural activities as culture is at the heart of who we have been, who we are now and who we will become – as individuals, as communities, and as a nation. Culture has less potential to be divisive at a core level and can play an important role in building a stepping stone to civic engagement and action on socio-economic fronts between different regions of Ukraine.

The action envisaged the following types of activities, outputs and results:

Activity 1: Four 3-day workshops for 24 civil society leaders coming from 12 cities/towns on the specifics of community mapping as a way to build an action plan for civic activity and community mobilisation

Activity 2: Nine-month community mapping in 12 cities/towns to identify and bring together key stakeholders from the areas of youth leadership, civic engagement, environment/education/rights protection, etc. engage in a mapping process that gives them tools to engage people, create coalitions of local change-makers, mobilise communities. IDPs with high professional and human capacities will be sought and encouraged to take active participation in the process.

Activity 3: National east-west study visits/exchanges with the elements of peer-to-peer learning (5-6 days) for 200 CSO leaders and 300 IDPs with special focus on the grounds for personal and regional identities, community development, integration of IDPs. These will envisage artistic events, presentations, experience sharing, open discussions, match-making for potential joint projects and partnership.

Activity 4: Four 3-day workshops on leadership for 100 IDPs (25 person a workshop) to help them learn how to apply leadership skills to their current set up and to effectively get what they need as a bloc.

Activity 5: Four 3-day introductory workshops on cultural and creative industries as a vehicle to increase livelihood of IDPs and contribute to socio-economic development of Ukraine. 100 IDPs (25 persons a workshop) will be engaged.

Activity 6: Four east-Ukrainian investment fairs in Dnipro to enable IDPs, who lost businesses during the conflict, to present entrepreneurial/start-up projects to the host communities, local authorities and potential investors in order to re-launch or open new SMEs in place.

Activity 7: All-Ukrainian awareness raising campaign on solidarity with the conflict-affected regions and people to mobilise participation and support from local communities. The campaign will be also a result and a tool developed during the community mapping.

The project was realised in partnership with:

The project was financed by: